The highly anticipated iPhone 5S and iPhone 5C were released, last month; however, there’s already talk of the iPhone 6. A year has gone by since the iPhone 5 originally wowed the Smartphone industry so much so that Apple claimed it to be “the biggest thing to happen to an iPhone since iPhone”. They were right, as it emerged to be a much loved iPhone version with its slimmer looks, sleeker style and smarter features. Once Apple’s competitor, Samsung, released the “Life Companion” Galaxy S4 into the market, Apple consumers have been anxiously anticipating the next innovation the company will bring to its iPhones. This gossip spun the perfect stage for the rumors and speculations regarding the iPhone 5S, iPhone 5C and iPhone 6. When reviewing Apple’s iPhone timeline from the iPhone 3G to iPhone 3GS and then again from iPhone 4 to iPhone 4S, it is expected that the iPhone 5S will be an improved and iterated version of iPhone 5. 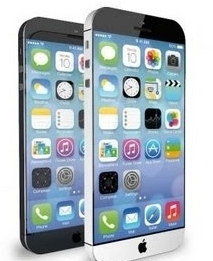 As for describing its specifications, the iPhone 5S will be more of a hardware refresh when keeping the iOS 7 aside. It may support NFC, come in a brand new golden color apart from the white and black, A7 Quad core processor, fingerprint sensor and an improved camera. As for the iPhone 5C, the price point would be less than that of the iPhone 5. The iPhone 5C – said to be the debut of the low cost iPhone, would have similar specifications (more or less) than that of the iPhone 5 and would flaunt a polycarbonate back in different colors. The news of the future reveal of the iPhone 6 may include iOS 7, NFC support, vast internal storage of up to 128 GB  along with the brilliant A7 Quad Core processor –  paving the way  to more power with better efficiency and an excellent battery life. It is expected to have wireless charging (for which Apple has filed a patent), 802.11 ac Wi-Fi, a better 4G LTE, the fingerprint sensor, the professional quality 13 MP Camera and eye tracking technology. Other excellent features may include retina along with high definition display, the removal of the home screen buttons, variable screen sizes – 4.7 and 5.7 inches versions (iPhone mini and XL), an improved Siri feature which supports car adjustment technology and gesture controls. All we’re sure of for now is that Apple lovers will now have a whole fruit basket to choose from! 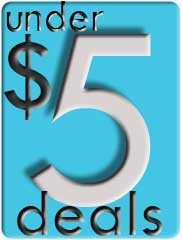 Error: Twitter did not respond. Please wait a few minutes and refresh this page.

Deals of the Day